Report and photos by Dawoud Kringle

MFM brought 2018 to a close with its annual board member vote, a recap of MFMs achievements during the past year, and a look ahead to 2019. The meeting began with MFM President Sohrab Saadat Ladjavardi giving an overview of MFM’s achievements in 2018:

1. Creating #UnityIntheMusicCommunity: an additional slogan to match and augment our first slogan of #MakingMusicIsAProfession.

3. Saadat was invited by musicians in Kingston, NY to advocate MFM,

4. Saadat and Harper have consistently ran and hosted the monthly Public Musicians Forums,

5. MFM had a successful Talk event in August with Chicago authors Randy Chertkow and Jason Feehan (“Making Money with Music”) 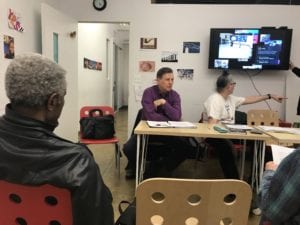 After this overview, Saadat gave a presentation of MFM’s new website design. A remake / upgrade of the MFM website was made with GoDaddy, This is a work in progress; some of the functions (as of this writing) are still being addressed The new design will allow easy and clear communication of all aspects of MFM, it’s membership benefits and responsibilities, and MFM’s objectives. Some detail was devoted to the websites three membership tiers. As of this writing, the payment options on the website are not yet operational. This will be fixed soon.

The following MFM benchmarks and objectives for 2019 were presented:

1. The primary focus will be expansion of membership, especially female musicians. The more members MFM has, the better it can serve them.

2. Outreach through an effective PR campaign, including ads, social media activity, and branding,

3. Start alliances/cooperation with other organizations, communities, music schools (Jan. 29th 2019 will be the first meeting with the New School).

4. Continue reaching out to musician communities outside of NY, including our new friends in Kingston, NY.

7. Expanding our workshops / talk events for our members, led by experts in their respective fields. Six events are being planned in 2019. This provides help to existing membership and draws new members. This includes organizing and promoting a MFM Festival, an annual music event, we hope to begin in December 2019. This event aims to expand membership, raise public awareness and raise funds for MFM,

8. Enlisting experts in marketing and branding with the same rationale as the festival,

9. MFM plans to increase membership to no less than 200 new members,

10. Looking for sponsors and other sources of income for MFM. 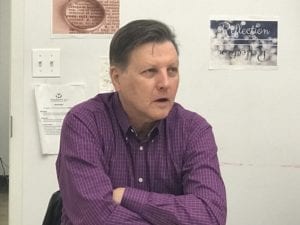 After Saadat offered a report about MFM’s finances (read more in P.2), the next phase of the meeting’s agenda was devoted to Ken Hatfield asking questions regarding the professional status of members, and an overview of the MMA. He discoursed on the present state of affairs with music sales, the devaluation of music, and how the MMA is attempting to fix this. Hatfield ended his presentation by offering the following guidelines to remedy injustices left unaddressed by the Music Modernization Act: reform of section 512 of the Digital Millennium Copyright Act: Specifically, a reform of section 512 (a safe harbor provision) of the DMCA. 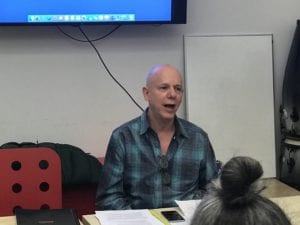 After this lengthy discourse, MFM Vice President David Belmont spoke briefly about his background in music activism, his reasons for joining MFM, MFM’s achievements in 2018, the growth of the board, and the importance of a more aggressive pursuit of increasing MFM’s membership.

The remainder of the meeting reverted, as it often does, to spirited arguments and discourse.

The video of the meeting will be posted in the member portal of MFM’s website, and on MFM’s social media platforms.

MFM is a work in progress. But through a large, active membership, MFM will increasingly gain the credibility and the power to favorably influence the conditions for musicians.