Music is Essential Zoom Talk #6: Best Practices for Setting Up Your Home Studio. 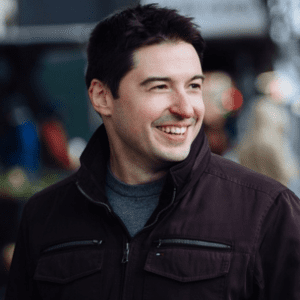 MFM member Adam Reifsteck is a New York-based composer, producer, and owner of Teknofonic Recordings. With over 350 releases on the label, many of which have charted in the Beatport Top 100, he has helped hundreds of electronic music producers launch and grow their careers. He is also a recipient of grants from the Lower Manhattan Cultural Council, the Irving S. Gilmore Foundation, and the Kalamazoo (MI) Community Foundation, his compositions have been performed by many ensembles throughout the United States and abroad. 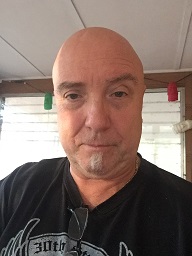 Philadelphia born multi-instrumentalist and MFM member Kevin Kuhn was the original guitarist for both “The Lion King” and “Aladdin” on Broadway. As a composer he has been on the staff at Score Productions, Big Wave Music, and Shelly Palmer Productions, which produced 3 seasons of music for “Spin City” with Michael J. Fox. A brief list of additional credits include Audra McDonald, The Who’s “Tommy”, The British Rock Symphony With Peter Frampton, “Chess” by ABBA, Sarah Brightman, Lea Salonga, Liza Minelli, Rita Coolidge, Leanne Rimes and Elton John, Debbie Gibson, Quincy Jones, Ashford and Simpson, The Metropolitan Opera, American Composer’s Orchestra, The New York Philharmonic, The New York City Ballet, San Francisco Ballet, The New York City Opera and The Philadelphia Orchestra. Gangs of New York (film),”Birdy” (TriStar Pictures) “The Other Side of Time” (Mary Fahl-Sony Classical), and Chaka Khan’s latest release “ClassiKhan”. “The Producers”, ABC World News Tonight and Carter Burwell’s Theater of The New Ear. Recent projects include” Prime” (film} “The Nanny Diaries” (film) The Informant (film) Pete Townshend’s ” The Boy Who Heard Music” and new CD’s by Jane Krakowski, Lucy Arnaz, Sutton Foster and Kerry Butler. This summer will see the release of “The Kid’s Are Alright” scored by Carter Burwell.

After Reifsteck opened the webinar and introduced himself and Kuhn. Then he turned the floor over to Kuhn. He spoke about his own early efforts to set up a home studio in the days before technology made this as cost effective as it is now. He offered recommendations on the essential gear you need to get started on a limited budget. He discussed DAW, interfaces, mics, etc. Reifsteck offered his views and experiences on this.

They went into considerable detail concerning their equipment, what each piece does, and why they like it. Reifsteck also posted a “cheat-sheet” listing essential equipment for the beginning home recorder. He also shared a basic list of his own home studio’s equipment.

The discussion was opened to the participants. Adam answered questions about mics, compression, etc.

The details of the resulting discussion and sharing of ideas, asking and answering questions, and swapping stories became very complex and nuanced. This is, of course, inevitable when musicians gather and discuss gear! Apart from a lot of discussion about in-studio recording, MFM President Sohrab Saadat Ladjevardi brought up a question on recording live. This steered the discussion into a new direction that may not have been covered otherwise.

One idea that was agreed upon is that it really comes down to one’s goals, budget, and available resources. Ultimately, whatever works, works.

MFM has presented another really informative and enjoyable Zoom Talk!