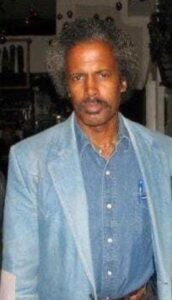 Guitarist, percussionist, singer, and songwriter Lonnie Harrington has been strumming, hitting, and singing his way throughout the eastern U.S. and Canada for more than 45 years, spanning many musical genres, including rock, soul, R&B, worldbeat, and Native American styles.

He has been a member of Grooves of the Hemisphere (with Ruben Gonzalez) and Kandia Crazy Horse’s Cactus Rose, and was a guest on Martha Redbone’s album Garden of Love. He also sings regularly with several New York City Native American Drum Groups. His album Northern Tropicale and Other Romantic Illusions was released in 2017.