MFM Presents: “Music Is Essential” ZOOM Talk Event #4 with Keith Levenson and David Belmont Speaking about how to be the Music Director/Conductor of “The Who” and retain your sanity.

On Wednesday, August 17, 2022, MFM presented its fourth Music Is Essential Zoom Talk. MFM vice president David Belmont facilitated a conversation with MFM Board member Keith Levenson. The focus of the Talk was on exploring the musical direction for the Broadway and Rock World, how to run your music as a business, and other aspects of Keith’s music life. 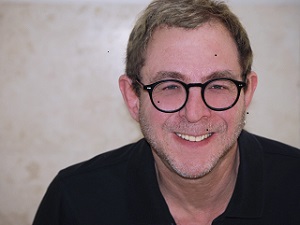 Keith Levenson is a conductor, arranger or music director, who is fluent in scoring, instrumentation, sound design, and many other skills. His credits include Broadway’s Annie, Meatloaf, the London Symphony Orchestra, and The Who. In 2018 Keith led a tour of the rock opera “Tommy”, with band and symphony orchestras across the country. It resulted in the 2019 release of “Tommy Orchestral” album produced by Keith and Roger Daltrey. The album went straight to the top of Billboard magazine’s classical crossover chart. He was the music director and conductor of band and orchestra for The Who on their 2020 tour. 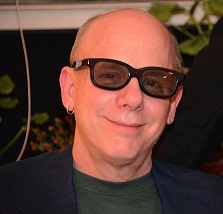 David Belmont is a guitarist/composer/producer based in New York City. He first came to prominence in the early 1970s with NYC acid rock band Charley Quasar. Over the years, his work spanned a broad range of genres from lush ambient soundscapes to jazz/rock-based world fusion to angular avant garde jazz. Holding the title of vice-president of MFM, he also plays with SoSaLa (and performed on their new CD release), has credits in film soundtracks, and co-leads Live Music Continuum workshops with Mary Abrams of Moving Body Resources. He is also a published author.

MFM president Sohrab Saadat Ladjevardi offered a brief introduction to what MFM is, and introduced Belmont and Levenson. Then he turned it over to Belmont. He began with some explanations of what Levenson does and has accomplished, and used that as a springboard for his first questions. Levenson began by describing an early assessment that musicians are treated by management, etc. with absolutely no respect. This led him to work to learn how the business actually works. He did this by simply doing it. He summed it up by saying that if a musician isn’t going to learn how the business actually works, find something else to do with your life. Nobody will ever do these things for you.

He followed this harsh yet inescapable reality with some fascinating autobiographical anecdotes centering around how he began in the business.

Belmont moderated Levenson’s discourse with relevant and practical questions. Some discussion was devoted to his work with The Who. Levenson’s descriptions of his experiences, method of work, and day to day activities with The Who impresses the listener with his excellent work ethic, practicality, and devotion to making the music as good as possible.

This was followed by Belmont opening the floor to questions. This inspired a detailed and fascinating discussion of Levenson’s history, the history of the British music scene of the 70s and beyond, the complicated logistics and mundane realities of life on the road with The Who, and the inevitable horror stories that come from life as a professional musician. Levenson’s inside stories alone were worth listening to the Talk.

At one point, Levenson spoke about how the record industry was practically nonexistent, and that as things stand, live performances are the only way for musicians to make a living. It is a sobering and sad thought; and impossible to argue with. He also brought up the shocking phenomenon of big name musicians who are selling their publishing, and explaining how, for them, this is actually the best and most profitable course of action – something which was only recently unthinkable.

Inevitably, the discussion turned to the importance of organizing and acting against the corporate and political infrastructures that are creating impossible situations for musicians. This underscored the importance of what MFM is doing.

It would be difficult to go into the wealth of knowledge and insight Levenson and all the participants presented in this Talk. For our members I recommend watching the video on the Member Portal – and especially recommend attending the next MFM webinars and Zoom Talks.