The Art of Skill: Establishing the Mindset For Unleashing the Music Inside You: Dave Liebman Talks About his Landmark Book. 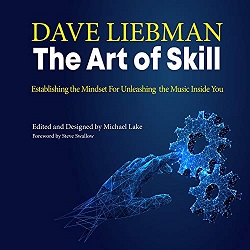 On Monday, March 21st, 2022, MFM held its very first Music is Essential Zoom Talk. MFM member Chris Coluzzi spoke with the jazz legend David Liebman on the subject of his 2020 book The Art of Skill: Establishing the Mindset For Unleashing the Music Inside You.

Chris Coluzzi has been a semi-professional drummer since moving to New York in 1999.  He is a local 802 AFM member and has worked off Broadway and recorded and performed in various independent bands. Chris supports his musical interests while working at early-stage healthcare and Fintech companies. 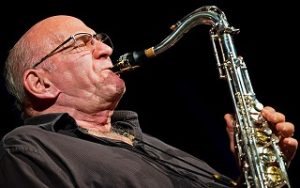 David Liebman‘s career as a musician, composer, bandleader and educator stretches over five decades. He has shared the bandstand with the masters including: Elvin Jones, Miles Davis, Chick Corea, John McLaughlin, McCoy Tyner and many others. He has performed on over 500 recordings with over 200 as a leader/co-leader featuring several hundred original compositions. He’s also the founder and artistic director of the International Association of Schools of Jazz (IASJ). Liebman has published material on a variety of subjects including instructional videos. His teaching activities at universities and in clinic settings have taken him literally around the world as a result of his varied musical directions and expertise on several instruments, along with an ability to articulate the intricacies of the jazz language, aesthetic and technique. Additionally, he hold an honorary doctorate for jazz from the Sibelius Academy of Helsinki, Finland, the Order of Arts and Letters in Paris France, and an honor form the National Endowment of the Arts in the United States. MFM also has the honor of having Liebman on its Committee of Advisors.

MFM’s very own Adam Reifsteck was the moderator and host.

After Reifsteck introduced everyone, Coluzzi began by giving a description of the book’s contents, subject, and format. He described it to be “inspiring and motivating.” Liebman responded with his thoughts and experiences in teaching, and how people actually learn things. He said “if you obtain the ‘learning to learn,’ usually it comes by you being exposed to a master who knows how to do it.” He went on to describe the meta themes of his book by pointing out that the essence of jazz is cooperative and collaborative music.

There was some discussion on Liebman’s history and his process for learning and developing his music. Liebman talked about how seeing John Coltrane live was a transformational experience for him. But this led into a discussion on tapping into the true essence of music. “Everything comes out of the music. When you shortcut it, it’s because you don’t have time. There’s no reason why you can’t talk about the music. You don’t have to get into the ‘magic zone;’ it can take care of itself.”

Liebman spoke about practice. He described it as “business. You save the magic for the bandstand.”

He also spoke about the arcane and “Zen” way many of the masters spoke about things. Sometimes they would give some tidbit of information or guidance, and the younger musicians were expected to figure out what it meant. This lead to some discussion of his time with Miles Davis. He described Davis a a “very physical guy. He loved boxing, he loved ballerinas and ballet,,, this was his way of communicating. He was very shy. He didn’t want to talk” He went on to mention how he could turn things around with three notes. This had a lot to do with him using his power and skill in music to get the musicians in his band to do what he wants. “There was no need to talk if you watched and listened.” He also brought up how almost nobody who’d played with Davis ever played that way again after they left the band.

He spoke about what it was like being a bandleader for the first time. He said that when they did their first gig, he realized that he didn’t have Mils Davis or Elvin Jones to lean on and be guided by. He had to do it. The comfort zone was gone.

The talk contained a cornucopia of fascinating anecdotes filled with music and life lessons. There is so much more than can be shared in this article. It’s worth checking out.

Liebman spoke about how important Sohrab Saadat Ladjevardi’s work in founding MFM, and our work is. And on this cue, Sohrab took over, and opened the floor to questions.

One of the questions concerned how difficult it is for younger musicians to understand the importance of developing a unique and personal style and voice. Liebman responded by saying that the one thing he could not help (us) with is time and maturity. It’s important to get an understanding of how the world works outside music, and develop your own way of thinking and being. A great deal of the remainder of the questions, and Liebman’s answers, revolved around finding one’s own musical voice. This was ultimately the main theme of the talk, and the greatest lesson the master taught us.

It’s clear that Liebman’s book is a distillation of the hard-earned musical wisdom a master accumulated over the decades. It’s a must-have. This book will be recommended on the members portal.