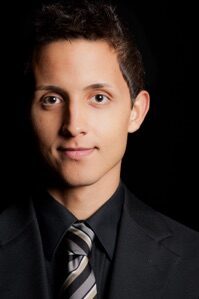 Chris Reza is a seasoned professional musician. He has performed in more than 50 musicals, Broadway musician Chris Reza actively wields over a dozen woodwinds in pits across the city. He is a chair holder of the 5-time Tony Award-winning musical Fun Home, His work can be head on the cast album of the Pulitzer Prize-winning musical A Strange Loop. Fighting for musicians’ rights, Chris served on the last two Broadway contract negotiations, served as Vice-Chair of the Broadway Theatre Committee, and founded the Electronic Music Committee at Local 802 AFM, the Associated Musicians of Greater New York. He recently began employment at Local 802 serving as Manager of Operations, and is a member of MFM.

His guest appearance in the MFM podcast EP 22 can be heard here: (https://mfmspeaksout.simplecast.com/episodes/ep-22-chris-reza-on-activism-in-the-broadway-music-scene).

The webinar was hosted and moderated by Adam Reifsteck. After introducing him, Reza spoke briefly on his passionate interest in music activism. Then he delved into the details of Broadway as an art form (Broadway combines several disciplines; music, theater, acting, dance, and visual art), and an economic engine.

In examining the history of Broadway, there has been a decline in the number of new Broadway shows since its peak in the 1920s. These numbers coincided with several extraneous factors: wars, economic depression, sound in movies, the advent of television, etc, Reza also examined the actual definition of what constitutes Broadway; touching briefly on how its historical roots actually date as far back as the 7th century B.C. and discussing its evolution in the past century and a half.

At this point, Reza delved into the business and economic factors of Broadway. The Broadway League is the trade association of theater owners, producer, and general managers. They are the ones who hold most of the decision making power in Broadway economics. They also compile and release data that demonstrates the tangible value of Broadway to the city and to the economy. It’s interesting to note that pre-pandemic Broadway ticket sales were greater than that of NY and NJ professional sports. The 2017 season generated over $12 billion in revenues. Much of this is tied into the tourist industry.

Reza broke down the economics of Broadway production. He outlined the operating expenses of Broadway productions, detailing advertising, publicity, theater costs, rentals, administrative costs, and labor (which includes paying the musician). Musicals and plays differ in their percentages on how these costs are distributed. Nonetheless, a majority of this goes to labor.

The question of how to break into the Broadway theater scene inevitably arose. While there is no one way of accomplishing this, there are some general rules of thumb. As in most (if not all) businesses, there are always “gatekeepers” in the form of contractors / music coordinators. These are the ones who are called upon when musicians are needed. Reza shares some resources to look into, such as the Internet Broadway Database (idbd.com, which lists opportunities as well as data related to production and economics) and the member portal of the Local 802’s website (local802.org).

Some of the other things Reza spoke about included work as a sub, finding connections within the industry, dealing with different personalities, networking, the importance of being professional and musically versatile, auditions, and post-COVID protocols to be mindful of.

Reza presented a fascinating and very complete overview of a powerful and unique musical and economic environment.