MFM held its 9th Public Music Forum – and the last such meeting of 2018 – on Tuesday, November 27th, 2018 (which fell on Jimi Hendrix’ 76th birthday). The meeting was run by Billy Harper (MFM Board member) and Sohrab Saadat Ladjevardi (MFM President). It began in an indistinct way; the agenda having almost given way to a free form discussion. 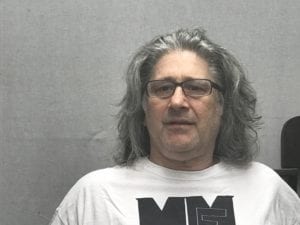 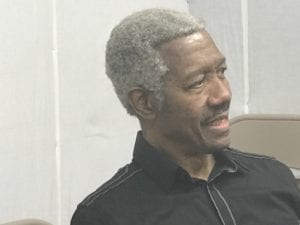 After some discussion where Ken Hatfield (MFM AC member) brought up the question of how MFM is perceived in the digital world, he and Saadat spoke about the importance of activism in the fight for musician rights.

One point that was brought up was that while the MMA has been passed, we’re not out of the woods yet. There are still a great many things that need to be addressed and watched (many of which were addressed in the DBDBD article https://doobeedoobeedoo.info/2018/08/11/music-modernization-act-mma-updates/ and other DBDB articles). All said, it’s vitally important that musicians not rest on our laurels after the signing of the MMA. There are still many ways we can be taken advantage of, despite the progress that was made.

Some discussion was devoted to the Justice for Jazz Artists (J4JA) Campaign ran by Local 802. They are not operating under that name anymore.

An interesting question was posed: where are the young people? MFM is in desperate need of reaching the younger generation of musicians and music creators.

Some discussion was devoted to an academic internship. The advantage is that it delegates work do that all the responsibilities are not concentrated in one or two people. The drawback to this is how to get the money to pay for this (unpaid interns create a bad precedent that work for no remuneration is the norm – and is antithetical to MFM’s stance of musical professionalism and commerce). One possible source of income that was suggested was merchandise: MFM t-shirts, hats, etc., sold through a fulfillment company.

During the meeting, Saadat received the following questioning the form of a text from Ross Brooks who couldn’t attend the meeting:

“The question I have for the group is, what types of services do musicians view as valuable that can be provided in exchange for use of content? That is, things of value other than a check , such as use of recording facility, publicist services , space for group classes, rehearsal space, etc . A venue can pay a musician an up-front fee for use of content, such as a live stream of a concert. But the question is , how to address future use / royalties. To what extent can that be addressed via services provided to musicians by the venue and media company.” 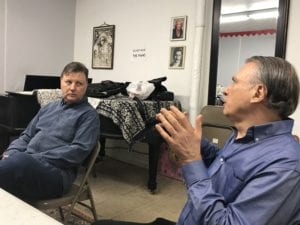 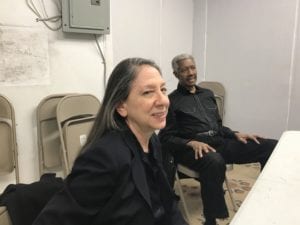 Hatfield discoursed at length on this (and was met with a general agreement). As a basic principle, any means of remuneration for our work as professional musicians should be rendered in forms that a bank, business, or private transaction would accept as currency. This is a good rule to stick with.

If one is open to barter deals, the most important thing is to crunch the numbers, then decide for yourself if the deal is worth it. First, decide how much you would normally expect to be paid for a gig. Establish your price. Second, determine if what you are getting in exchange for your performance is of equal or greater value (Hatfield gave an excellent and amusing example. Someone offers to let you use their club for a “free” rehearsal for two hours duration in exchange for doing a gig. You are a member of local 802, which charges $10 per hour for their smaller rehearsal spaces. It is clearly not a fair or good exchange to do a quartet gig of 4 hours duration in exchange for a two hour rehearsal that would cost you $20 at the union. On the other hand, if someone wants to give you something that is worth the, say, $1000 you would get for a quartet performance – and is acceptable to all the musicians involved – doing a barter gig that involves no monetary remuneration is not a problem).

Accepting anything of lesser value than what you provide damages music as a profession, and degrades what value your music has to you. Regrettably, we are struggling with the intolerable situation that music has little or no monetary value in our culture. Bartering won’t remedy the situation: which naturally relegates bartering to the category of the exception, rather than the rule. Accepting barter for a gig holds the danger of devaluing music as a profession, and limiting your individual freedom. No self-respecting musician should accept that unless the gains are real and tangible, and at least equal to the monetary value of the gig – and this, ONLY if that tangible gain is something exchangeable or of acceptable personal profit. Money is a form of storable and transferable wealth. If something is not equally storable or transferable, it ceases to be of value, because its value becomes isolated. (Needless to say, charitable offerings are not a consideration in this discussion). 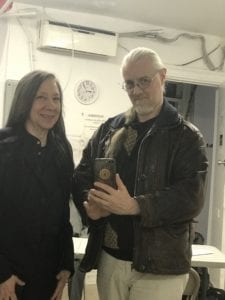 Big Tech works a con of Trumpian proportions in that it grants us access to free content of things that it does not own, in exchange for all the data mining that big tech profits from. This is a bartering model. The question that inevitably arises – yet is rarely addressed – is if this has proven to be a fair or good deal for consumers and content creators. The answer inevitably points to those where the balance of power is not with those accepting the exchange, but lies rather with those offering it. Power respects power, and is never offered freely.

This actually leads us back to the question of getting young musicians involved in MFM. The necessity of getting young people in the gig economy to understand that they have common cause with us is obvious. Big tech has instituted a mindset in the public that demanding a rightful remuneration for one’s work is anti-free speech. Big Tech friendly lawyers, academics and judges have called copyright “obsolete” and “a tax on culture”. They say that internet piracy is just another form of “promotion” which they claim stimulates innovation – which is nonsense, and perilously close to Orwellian doublethink. The younger generation who works in the gig economy, or chases the dream job with Google was raised to believe music is free. This is in direct opposition to MFM’s platform, and a threat to the very existence of musicians. The only way out of this dichotomy is if they can be shown that they’re getting cheated in the same way musicians are. Then they will see that they share a common cause between us. This is a way to build solidarity, and change the mindset of the public, which happily accepts being cheated out of its own property and wealth.

The Public Musicians Forum #9 proved to be a good way of capping off 2018. It defined many of the problems that face us, and as a result, laid a good part of the groundwork for 2019.

A special thanks to Board member Billy Harper who initiated and has ran these musician meet ups with Sohrab since last year.

Special thanks also to Ken Hatfield for his input on musician rights and musician related legal issues.